BALTIMORE MAN ARRESTED FOR GUN CHARGES AFTER RUNNING FROM POLICE 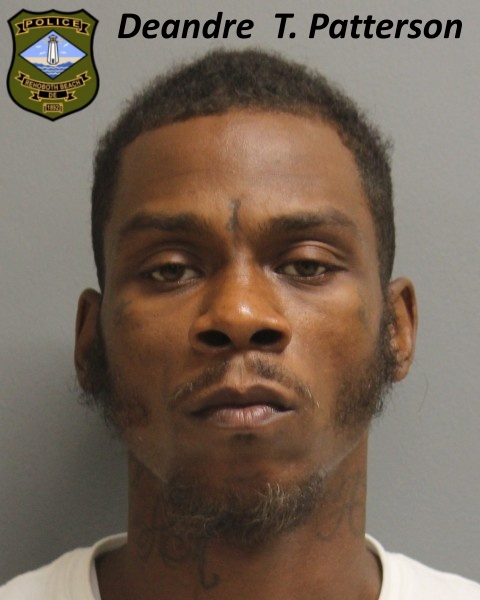 Deandre T. Patterson, 32, of Baltimore, Md. was arrested Sunday morning on drug and weapon related charges after a foot pursuit with officers that began in the second block of Rehoboth Avenue and ended along Baltimore Avenue near the Boardwalk.

On Sunday, August 21st at around 9:30am, a Rehoboth Beach Police bicycle patrol officer attempted to stop Patterson in the second block of Rehoboth Avenue as the officer suspected he was smoking marijuana in public.  Shortly after the officer stopped Patterson, he fled on foot.  Patterson fled on foot in an eastern direction, eventually running into the first block of Baltimore Avenue, where the officer observed him briefly duck into an alley between two buildings.  Patterson was apprehended less than a block later at the east end of Baltimore Avenue near the Boardwalk. When officers returned to check the alley they located a bag containing a loaded P80 Glock handgun with no serial number, as well as, an extended 27 round Glock magazine.

Patterson was presented for a bail hearing at the Justice of the Peace Court #3 and subsequently committed to Sussex Correctional Institution in lieu of $18,600.00 cash only secured bail.